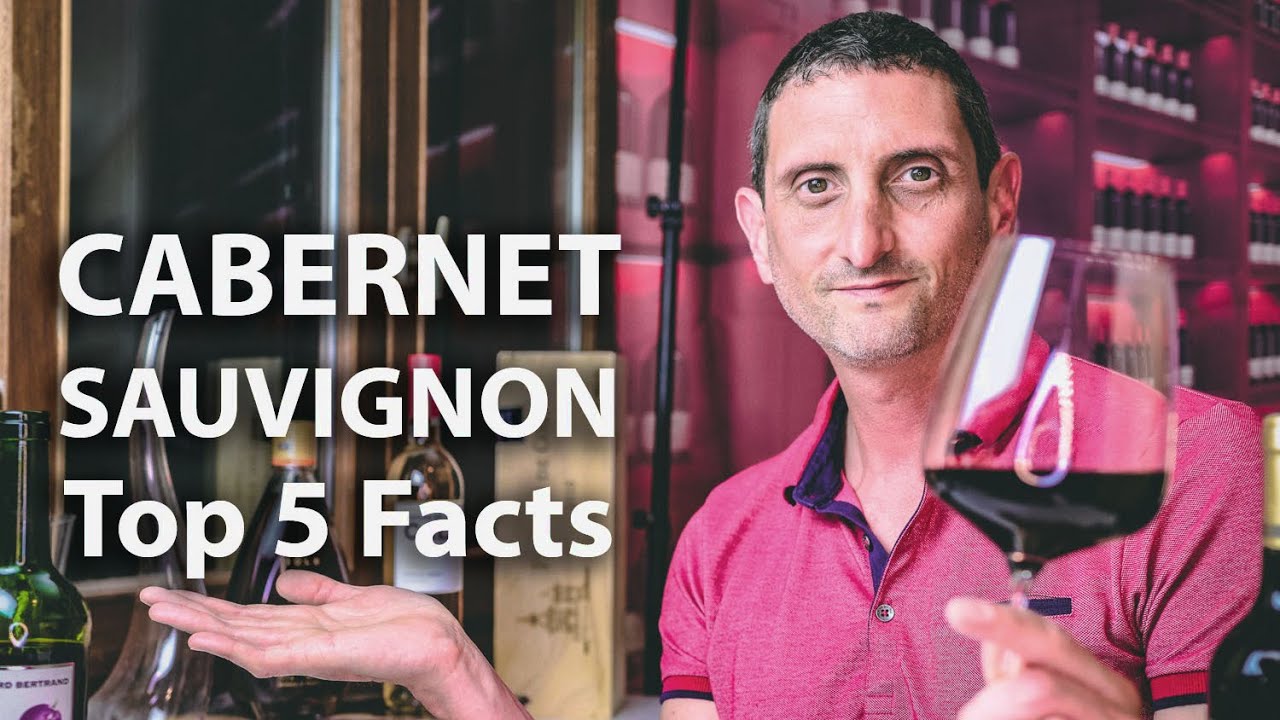 From France to California, from Bordeaux to Australia, Cabernet Sauvignon is THE most popular of all red wine grape varieties, enjoyed by wine connoisseurs all around the world. We’re exploring where are the best Cab Sauv wines produced, from its origin to the most prestigious producers, wineries and Chateaux that sell the most expensive and best ones.

Despite what some people might think, Cabernet Sauvignon is not only a type of wine. Well, to be precise, Cabernet Sauvignon is in fact a type of grape we make wine from, or what we call a wine grape variety. I made a video a few weeks ago on this channel about what are grape varieties and why they matter if you’d want to learn more on this topic.
This variety of grape that we call Cabernet Sauvignon that is now the most famous of all red wine grapes and the most drunk wine in the United States by a great margin, in fact originates from France, and more precisely the Bordeaux wine region of France.
It was there that during the 17th century, a new type of grape was created crossing vines of Cabernet Franc, another type of red grapes from France with the white grape Sauvignon Blanc.

Other very significant producers of Cabernet Sauvignon include, by descending order of production: Australia, Spain, China, Argentina, Italy, or South Africa. But if you wanted, you could also find cabernet Sauvignon wines from virtually anywhere, from countries such as Bulgaria, Mexico, Russia, New Zealand, Greece and many more…

Now, with all these countries making Cabernet Sauvignon wines, there’ got to be a few great ones being produced. Of course.
Quality in wine, or how good wines are is subjective, so there is no absolute on where the best Cab Sauv wines come from. And I guess this is open for debate….
But if you look at international wine critic scores and at the most demanded and priciest Cabernet-based wines. You’ll have to look at California, and the Napa Valley in particular, as well as at the left bank of Bordeaux to find the best examples.

In Bordeaux, you’ll have to look at the left bank of the Garonne River, so sub-regions like Médoc and Graves to find blends with more Cabernet than Merlot, in places like Margaux, Pauillac, or Saint-Estéphe.
While on the right bank (St-Emilion or Pomerol), as well as generally across the Bordeaux region, blends are often dominated by Merlot over Cab.

Yes, indeed, in many countries, Cabernet Sauvignon is blended with other varietal wines. And that’s for a simple reason. Pretty much to make a better wine.
Cabernet Sauvignon can be rather tannic, sometimes with a solid acidity, and feel little edgy and sharp on the palate when it’s bottled on its own. So winemakers often use wines with rounder and softer texture to mellow it up and make a more harmonious whole that tastes smoother on the palate.
As I was saying, typically in Bordeaux they would use Merlot for this, as well as sometimes a little bit of Cabernet Franc and/or Petit Verdot, the Bordeaux blend.
But even in the US, a wine labeled as Cabernet Sauvignon can contain up to 25% of other grapes without the winery having to tell you anything about it. A lot of Cabernets are in fact red blends.
Another typical blend is Cabernet Sauvignon with Syrah or Shiraz, a blend that has become the specialty of the Australians, for the same reason, that’s again for smoothening up the edgy side of Cabernet with richer more textural Shiraz wine.

Fact #5: The Typical Flavors & Aromas of Cabernet Sauvignon
So, the typical flavor profile of cabernet Sauvignon is going to depend on its origin and its terroir.
Generally speaking, in Cabernet from a cooler climate like Bordeaux, Margaret River in Western Australia or the Santa Crux Mountains in the San Francisco Bay area, you will find notes of acidic red berries such as strawberry or raspberry with hints of blueberry, as well as a distinctive bell pepper aroma that is really the classic signature trait of cool climate Cab.
Cab Sauv is more often than not aged in oak barrels, so you will find extra layers from the oak too, vanilla and cocoa, together with sweet spices such as clove, licorice, nutmeg or cedar wood.
With ageing in the bottle, as you mature Cabernet in your cellar, the wines will typically develop notes of leather, forest floor and the signature wood ashes character found in old Cabernet wines.
Yes, Cabernet Sauvignon wines typically age very well.